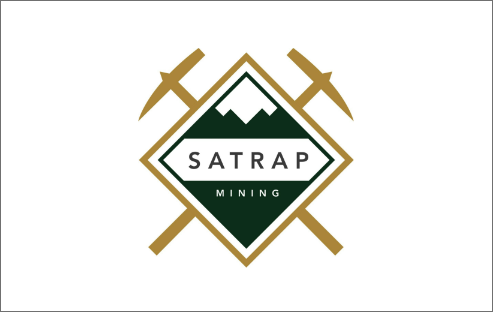 Satrap Mining Corporation (SMC) is a duly organized Company existing under the laws and registered with the Philippine Securities and Exchange Commission (SEC) on September 3, 2014 (Company Registration No. CS201416996). The Company was organized to carry on the business of exploring, operating mines and quarries of all kinds of ores and minerals both metallic and non-metallic, milling, processing, refining and smelting of ores as well as mineral trading. SMC operates from its headquarters in Cubao, Quezon City with a core staff, and it supports its activities through the engagement of industry specialists under consulting agreements, when the need arises. The Company is currently engaged in several mining projects involving gold, silver, copper, iron, nickel and aggregates. To-date, it has made two major mining investments. The first is shareholding in Pargum Consolidated Corporation, a mothballed gold mine in Paracale, Camarines Norte province, while the second is Operations and Management of Tribal Mining Corporation’s Gold and Silver Project in Tboli, province of South Cotabato.

The Tboli Gold Project is situated on the southern end of Mindanao Island, approximately 40km northwest of General Santos City, in the Province of South Cotabato, the Philippines. The operating gold mine has an NI 43-101 inferred resource of 1 million ounces gold equivalent (8.7 g/t Au, 27 g/t Ag) and is founded on a typical epithermal, high-grade, narrow vein system in similar style to several multi-million ounce deposits in the region, such as Barrick Gold’s Porgera gold mine and Medusa Mining’s Co-O gold mine. Tboli has a trained local work force, extensive underground workings, a fully constructed and commissioned carbon-in-leach (CIL) gold-silver processing plant, gravity concentrator, electro-winning circuit, tailings storage facility, powerhouse, grid power connection and is close to a main highway. The established infrastructure and near-surface, high-grade mineralization is expected to contribute to a low-cost, high-margin underground mining operation. The project ownership is structured as a typical Philippines foreign mining investment model whereby Rizal’s local partner, Tribal Mining Corporation (TMC), is the legal owner of the licenses covering the Tboli project. SMC holds a share of approximately 25% in Rizal Resources Corporation. TMC poured its first gold in October 2012 and in the period until mid-2014, recovered approximately $3.4 million from metal sales from stockpiled mineralized rock predominantly derived from the development of drives along veins in preparation of stopping operations during 2011 and 2012. In 2013, financial constraints resulted in the 200 tons per day targeting mining rates not being consistently achieved and operations were suspended in mid-2014. Following a detailed review of Tboli geology and mine plan, Rizal secured the required financing and commenced the construction of a new portal and decline in early 2016. The mill was successfully recommissioned in February 2016 at a rate of more than 200 tons per day through the reprocessing of tailings material. In September 2016 the new decline reached the first vein and stoping has commenced.

The PARGUM Consolidated Corporation (PCC) is situated in the Municipalities of Paracale and Jose Panganiban in the Province of Camarines Norte. It is famous for its productive bonanza load vein systems mined between the years 1938 and 1953, and was one of the top gold producers in Paracale Gold District. Historical records show that the mine produced approximately 1.45 tons of gold bullion during its operating life in the 1970’s, and the most recent operation took place between 2011 and 2014. PCC is fully permitted, holding an approved MPSA No. 306-2009-V dated December 23, 2009 covering 476 hectares, an approved ECC-GPP-97G-05CN057 for 80 TPD processing plant and covering area of 20 hectares, an approved ECC 1201-003 for 250 TPD operation, and an approved DMPF (Declaration of Mine Project Feasibility) with minor updates required to the EPEP (Environmental Protection and Enhancement Program).PCC has an existing mine infrastructure which includes a 1000 feet mine shaft servicing 9 underground levels and a processing plant capable of processing up to 250 tons per day of mined ore. The process plant requires a moderate rehabilitation effort, which includes mine dewatering, rehabilitation of mine hoist and servicing and recommissioning of the process plant.

Based on latest CP Report by J Zafra